Sign up with your email address to be the first to know about new products, VIP offers, blog features & more.

It began slowly, sparingly and with great trepidation from all parties involved.

He played with her, asked her how her day was, and gave her the respect of his full attention every time they met. It was established by all sides that he would earn every title she would give him, and he never wavered. They became acquainted and slowly became friends. Then he became her best friend and after some time, her roommate.

Since then, he bought her her first skateboards and taught her to ride them. He gave her her first camera and encouraged her hobby. He took the training wheels off her bike and taught her to swim and dive in without floaties or fear. He built her a swing and taught her how to swing “like a big kid.” He’s been there for her first museum trip, her first trip across state lines, her first time on a boat, and her first time on stage, and her first time on a plane. Whether it be talent shows or musical theater, he puts her performance songs on repeat and learns the lyrics with her, then goes to every performance and screens the video for anyone willing to watch. He films and edits whatever video she wants to make. He taught her how to punch, throw a baseball, bat, kick a soccer ball, and smile through the last miles of our hikes. He takes her to classes, appointments and ice cream dates when I can’t. He practices her vocabulary words with her, reads with her, and answers every question she throws at him. She won’t tell me the results to any test unless we call him to let him know our work is paying off. 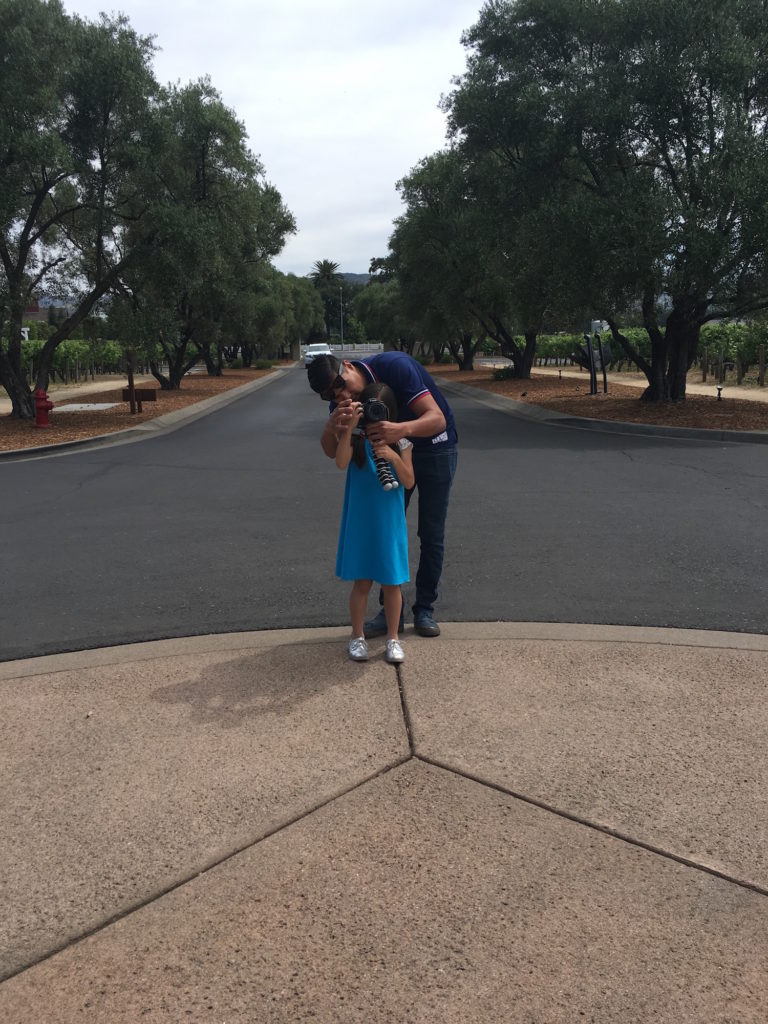 He still plays with her, asks her how her day was and gives her the respect of his full attention. Therefore, she still calls him her best friend and goes to him when she wants to do something daring and needs a spotter.

She adheres to his guidance, values his respect and takes him at his word. She recognizes his honesty, even when she doesn’t like it. She doesn’t always understand him, but she trusts him. Twice a month, when she comes home from a weekend away, she sits with him, gives off a relaxed sigh and runs through her weekend. Every night, she goes to him before I put her to sleep and rests her head on his hug.

He sees his reward in those little moments and bears the good and bad with love and humility.He braved a delicate attachment, welcomed her into his family, and never looked back. He has felt her slight, her pressure, her little girly manipulations and still welcomes the challenge. 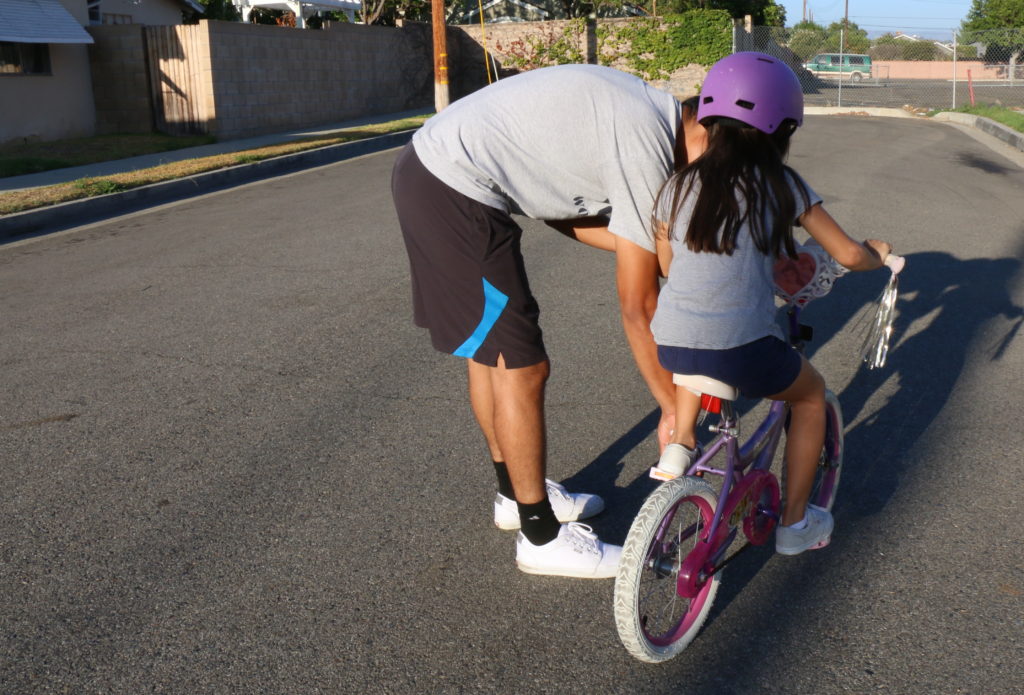 He is a man who has volunteered to trade in his young, single life and has given all his effort with full knowledge that he will always come in second to someone who doesn’t even have to show up to be foremost in her mind. Therefore, this is not something that replaces or discredits something else. Theirs is its own special bond. This is not something that was established by a natural attachment nor was it won with junk food and trinkets. Their best-friendship did not come seamlessly or without hiccups. It’s a hard-won relationship and a constant work-in-progress.

This level of selflessness and self-awareness is beyond friendship. When you’re making life decisions based on what’s best for a child, and when you question your actions with the mind that you’re somehow screwing a child up: that mindset and deep insecurity is parenthood. Friends and poor parents do not worry about their inadequacies; they make excuses for them. He is still the same hard-headed, blunt and complicated guy, but there’s an obvious shift. I can remember exactly when I realized we’d crossed that dangerous threshold from when he went from being my boyfriend to our family, but I had to recognize and value that level of intimacy.

This all comes from a man who doesn’t ask for any credit and puts in his best effort even when no one is watching. He will be uncomfortable that I have pointed any of this out. In his view, this is the role he chose with eyes wide open and it doesn’t need to be recognized or legitimized.
Theirs is one of the most unexpected and gratifying relationships I will ever witness. 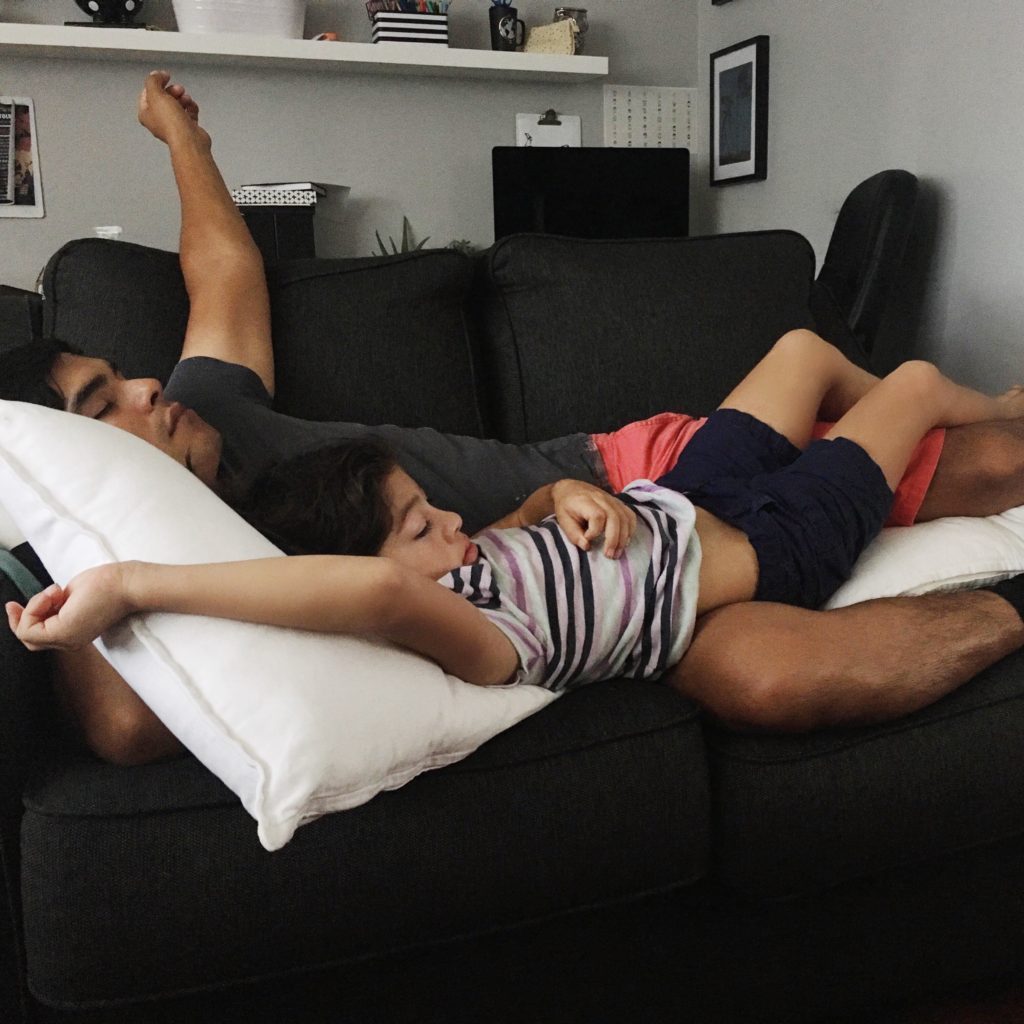 Look of the day

What do you think? Cancel reply

Here I share my personal style, sport tips, travel adventures and more. Excited to share with you !

QUOTE OF THE WEEK